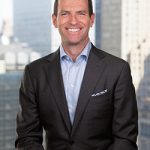 fter taking an initial hit in the early days of the COVID-19 pandemic, coaching has demonstrated surprising resiliency. This emerging industry and profession has proved to be an asset to many companies—even during a time when organizations have been cutting costs wherever they can.

According to a global, snapshot survey conducted by the International Coaching Federation (ICF) over the first two months of 2021, the coaching industry is recovering well. Coaches were quick to embrace technology: 83 percent have increased their use of audio-video platforms to work with their clients.

Perhaps due to that pivot to virtual work, coaches are already seeing their economic outlook improve. Fewer coaching practitioners reported reduced income and hours compared to a previous snapshot survey ICF conducted in mid-2020. Seventy percent of respondents to the 2021 survey are confident that coaching will emerge from the pandemic stronger than before, compared with 65 percent in the previous survey.

According to Magdalena Nowicka Mook, CEO of ICF, the initial drop-off that the coaching industry saw was due to clients cutting corners wherever they could to survive the pandemic. “In executive coaching especially, which is where we saw the greatest decline in revenue, clients were experiencing a tremendous upheaval,” she said. “They were turning their workforces virtual and trying to stay afloat.”

What those clients found, however, is that many of their leaders needed coaching more than ever as they navigated this new, complex environment. And since coaches had adjusted to the virtual environment, it wasn’t long before the industry rebounded. “I think that clients realized that their workforces desperately needed support,” Mook said.

A New Way of Leading

Vivian James Rigney, president of the global executive coaching firm Inside Us, noted that many clients felt like the remote-working environment they suddenly found themselves in would be relatively temporary. As such, they believed they could put aside expenses like coaching for the time being. “As things progressed, people came to terms with the fact that this was going to be more of a permanent way of working,” he said. “And 15 months later, we are still there.”

Within that virtual environment—or even in a hybrid environment, as many companies are transitioning to some in-person work—leaders have had to rethink how they lead. The typical visual and interactive cues that a manager would have with a whole team in an in-person meeting aren’t there anymore. It’s much more of a challenge to determine whether team members are engaged and if they understand what’s being discussed. Therefore, it’s important for leaders to ask questions rather than just state opinions and give instructions.

“I think leaders have to work harder in this environment to feel connected with their team members and to be understood,” Rigney said. “And on top of that, leaders are stressed. But they can’t show it because they’re leaders.”

That’s where coaching comes in, noted Kate McKay, executive leadership coach with Inside Us. There has been a renewed emphasis on compassion and understanding for employees, and coaching can help leaders tap into that. “Now it’s being recognized as a set of core leadership skills,” she said. “In this environment, you have to be a compassionate leader. You have to show empathy. You have to be able to put yourself in the shoes of your employees and your peers and find more creative ways of collaborating.”

Perhaps nowhere is empathy more evident than at Cleveland Clinic, one of the top hospitals in the world and an organization that has implemented a robust coaching culture. The hospital emphasizes empathy with its patients, and that mindset extends to coaching. For over a decade, Cleveland Clinic has trained more than 2,600 managers and leaders on how to incorporate coaching into leadership.

“Coaching has been adopted from the top down,” said Ashley Villani, who leads Cleveland Clinic’s internal and external coaching programs and strategic initiatives. “Coaching is a core behavior expected of all of our leaders, and it’s in their annual performance reviews. And it’s validated by having the budget to support coaching; they’re not going to fund something if there’s no proof that there’s value in it.”

Being a leading medical provider, Cleveland Clinic was on the front lines of the pandemic. It had to quickly adapt to the new environment, which meant redeploying its caregivers to the areas where they could make the greatest contributions. Yet through it all, the staff was more engaged than ever before, as a recent survey showed. Cleveland Clinic attributes much of that engagement to its coaching culture. “Coaching is paying the dividends from the investments that we’ve been making over the past couple of years, and we’re seeing it in the resiliency of our leaders,” Villani said.

Still, organizations may question whether there is truly a tangible return on investment (ROI) in coaching. Nearly half the respondents to a 2020 study by ICF revealed that companies are unable to quantify the value of coaching programs. Dana Laidhold, treasurer for Peloton and a former client of Rigney and Inside Us, thinks organizations need to view coaching programs differently.

“If you’re trying to create an ROI around a coaching program, you’re going about it all wrong,” Laidhold said. “This is a very human process. It is incumbent on employers to invest in their employees so they can be their best selves as peers and managers of people. And if you try to put a dollar amount on that, you’re never going to get it right.”

Furthermore, there are some tangible ways to show the value of coaching; perhaps the most evident one can be found in attracting and retaining talent. Cleveland Clinic has polled its own employees and found that coaching influenced their decision to remain with the hospital rather than look for opportunities elsewhere. Likewise, coaching has also been a factor in why some professionals applied to Cleveland Clinic in the first place. “It’s just so exciting for me to hear that it’s become not just part of our culture but also a competitive advantage,” Villani said.

As leaders cope with the unique challenges of the pandemic (and eventual post-pandemic) environment, the demand for coaching services is likely to continue to grow. And that makes sense; if coaching is a necessary function during normal times, then it is absolutely crucial during periods of major uncertainty.

But for coaching programs to work, employees have to be open-minded and honest, and accept that there is a “therapy” element to coaching, Laidhold noted. Participants need to be able to internalize feedback with an honest eye. “You have to remove all sense of defensiveness and go 100 percent into acceptance,” she said. “In order to learn and grow, you have to come to terms with things about your skill sets and personality that are really uncomfortable. That’s where the hard work is and where it makes a difference.”

It is perhaps one of the fastest growing areas in corporate human development—how to create high performing teams. And, I stress the word human, because the keys to success nowadays have less to do with IQ smarts and competence/skills, and more to do with the ways in which individuals trust, engage, communicate and execute together. 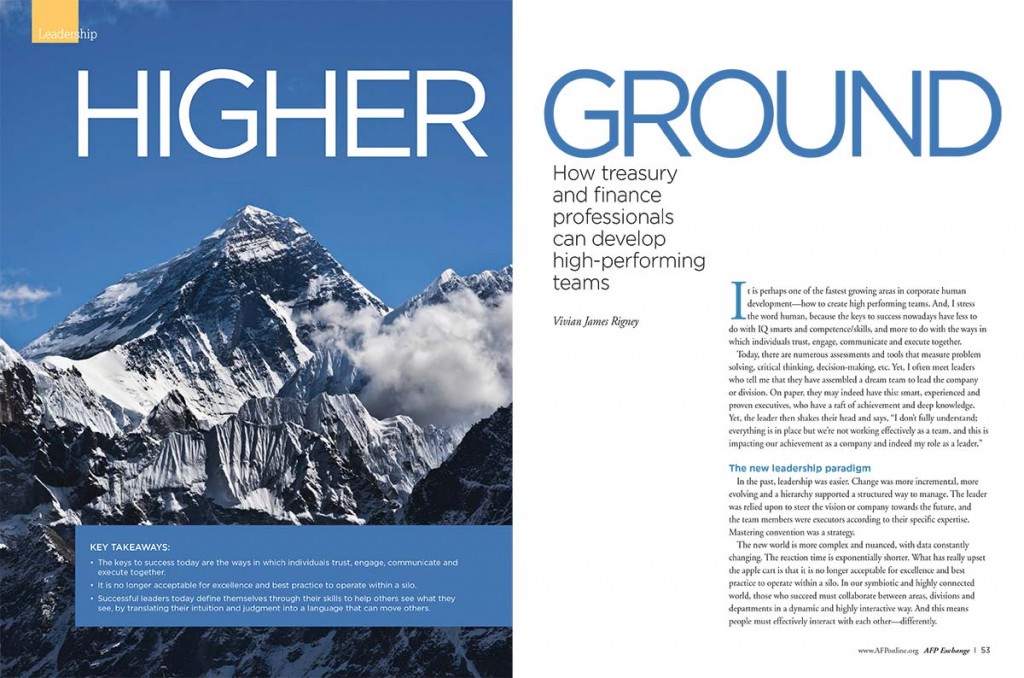 Today, there are numerous assessments and tools that measure problem solving, critical thinking, decision-making, etc. Yet, I often meet leaders who tell me that they have assembled a dream team to lead the company or division. On paper, they may indeed have this: smart, experienced and proven executives, who have a raft of achievement and deep knowledge. Yet, the leader then shakes their head and says, “I don’t fully understand; everything is in place but we’re not working effectively as a team, and this is impacting our achievement as a company and indeed my role as a leader.”

• The keys to success today are the ways in which individuals trust, engage, communicate and execute together.
• It is no longer acceptable for excellence and best practice to operate within a silo.
• Successful leaders today define themselves through their skills to help others see what they see, by translating their intuition and judgment into a language that can move others.

In the past, leadership was easier. Change was more incremental, more evolving and a hierarchy supported a structured way to manage. The leader was relied upon to steer the vision or company towards the future, and the team members were executors according to their specific expertise. Mastering convention was a strategy.

The new world is more complex and nuanced, with data constantly changing. The reaction time is exponentially shorter. What has really upset the apple cart is that it is no longer acceptable for excellence and best practice to operate within a silo. In our symbiotic and highly connected world, those who succeed must collaborate between areas, divisions and departments in a dynamic and highly interactive way. And this means people must effectively interact with each other—differently.

The human strains from this are becoming increasingly evident and companies are not necessarily fully prepared to either recognize the problem and/or know what needs to be done.

A case example is a New York-based divisional head of an international financial institution, who leads about 1,000 people. He has a leadership team of 10 direct reports, all seasoned executives, who manage the financial operations of this North American division. Like most large global financial firms, they are under the federal spotlight in fulfilling both regulation and compliance obligations.

We have three complicating factors here:

The executive vice president sat down with me and sounded exasperated. “We have the best leadership talent in the country, and our depth of experience is truly world class. People are well treated and remunerated, and we are known for having a respectful culture. Yet, we are all, including me, working 12 to 16 hour days and weekends, are constantly in crisis mode, and seem to be consistently behind on the goals and deadlines we have committed to.”